In March, 2009, briquette research was pursued in Kampala, Uganda, as an extension to the Partnership for Clean Indoor Air (PCIA) conference. Ugandan biggest manufacturer of fuel-briquettes out of waste organic material Kampala Jelitone Suppliers Ltd. was in need for cooking-stove designs. 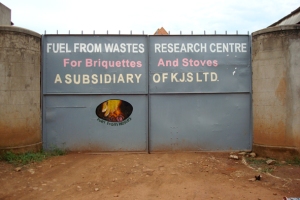 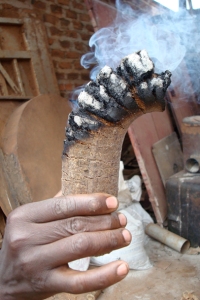 As briquettes resembled wood-fuel, more than any other existing fuel, we initially used the model of a Rocket stove design and modified the dimensions and features according to their briquette size. Aprovecho stove model (green stoves) served as a starting point. 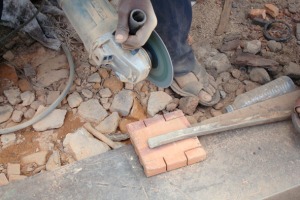 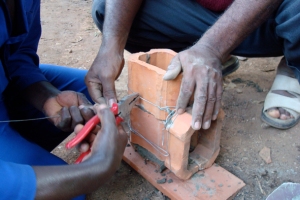 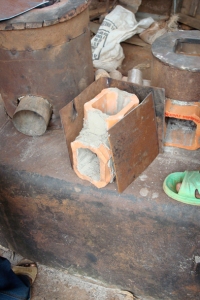 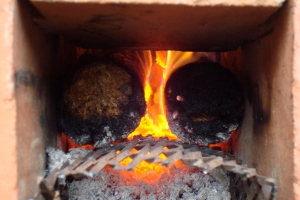 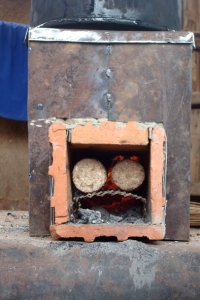 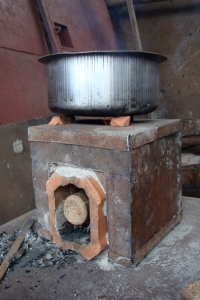 Through experimenting and collaborating with the local community of workers and cooks, the aim was to facilitate the idea of stove development. Many patterns showed up as opportunities to work on;

1. the briquette burned better if it broke after the initial stage of burning – the briquettes are about 2 inches thick and represent a big chunk of fuel for a domestic application. Breaking allowed a faster combustion and burning throughout the solid biomass. We adjusted the briquette density accordingly. In one week, 5 prototypes were made and showed positive results for future applications in domestic stoves.

2. the biggest challenge of the briquette is the cultural and technological acceptance by the local community. Charcoal is the most common fuel in Kampala and briquettes introduced a new type of a fuel, that demanded a new type of a cooking system, more appropriate for cooking with the pot, rather than roasting on a wire-mesh. Briquettes posses features of fuel-wood as well as charcoal, so the idea after experimenting is to design a ‘hybrid’ technology – a stove that would use features of burning charcoal as well as fire-wood. The next step would be to take a direction of designing a semi-gasifier. 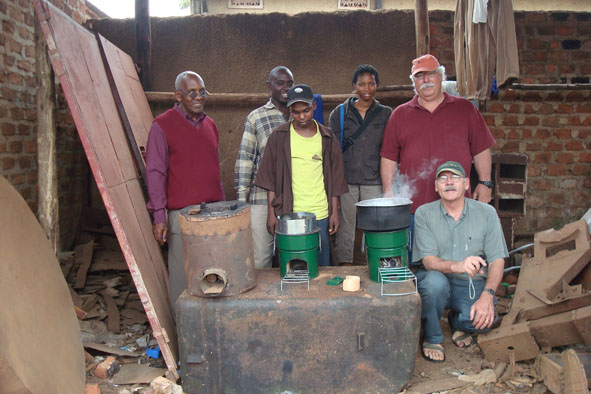 Holey Roket stove around the world